The community of Cowley is well documented in Canadian history based on a historic frontier event that occurred just 4 km north of Cowley. In 1867 twelve settlers with their wagons of were bound for Oregon. They heard of the gold strike near Fort Saskatchewan and decided to take a detour through Blackfoot tribe territory. They progressed as far as Massacre Butte where they were confronted by the natives lead by “Medicine Calf’ and there met their demise. Cowley began in the 1880s with ranchers moving into the area. The Garnett brothers were said to be the first settlers. This was followed by two large waves of French Quebec immigrants in 1882 and 1887. These groups began cultivating the land and planting crops. Based on the large French speaking settlement, the area became known as the “French Flats” in 1887. In 1892, James Carney began referring to the flats as “Cow-lea”. The name became official in 1900 with the naming of the Cowley Post Office.

In 1898 the CPR arrived and in 1899 a bridge was built over the Oldman River. This increased travel created more settlement and local business sector developments. From 1903 to 1904 both the Cowley Hotel and Alberta Hotel were established. The year 1908 brought the first school, and by 1912 the village had expanded to include two butcher shops, many churches, the Union Bank, and Pettits’ Restaurant.

In 1915, 300 Russian Doukhobors lead by Nick and Mary Maloff, moved into the vicinity of Cowley. Even though the Cowley Commune was self-sustaining and did not directly rely on Cowley, the community benefited from the Doukhobors presence as they established a large grain elevator in Cowley. By 1917 the commune had over 13,000 acres and by 1932 it had assets valued at $605,000.
Unfortunately, the commune was hit hard by the 1930’s depression and in 1938 it went bankrupt. 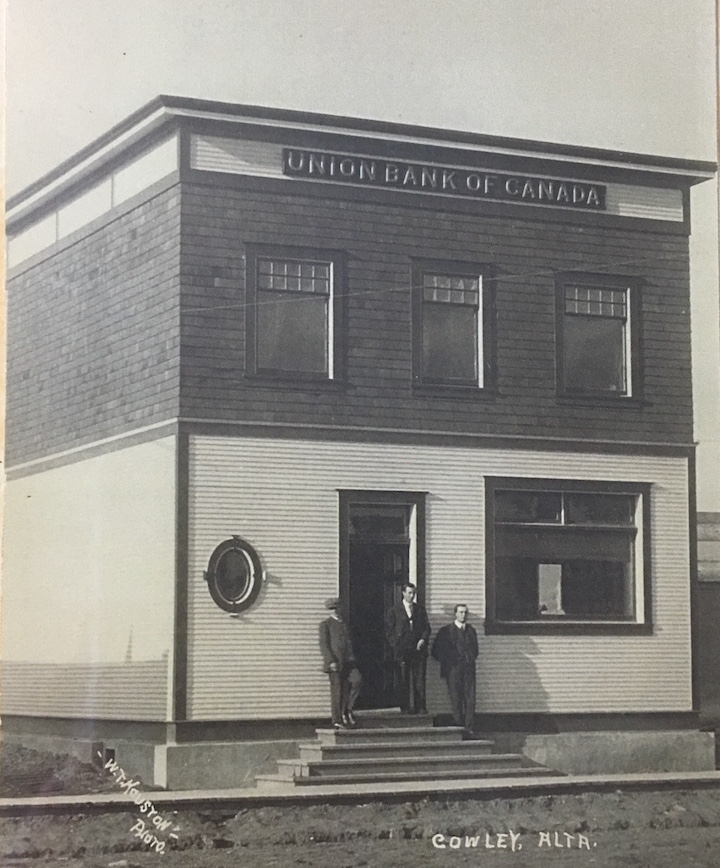 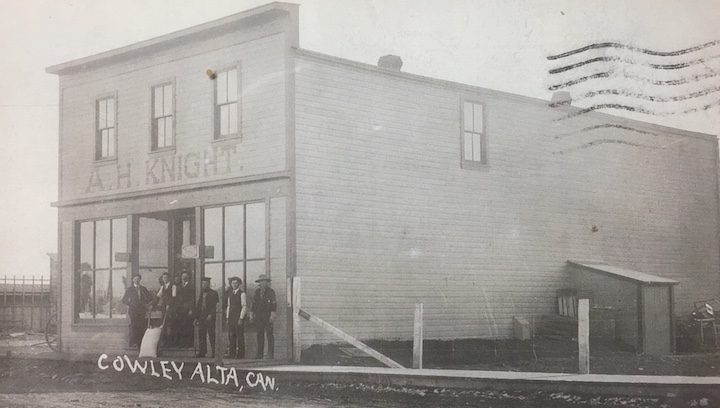 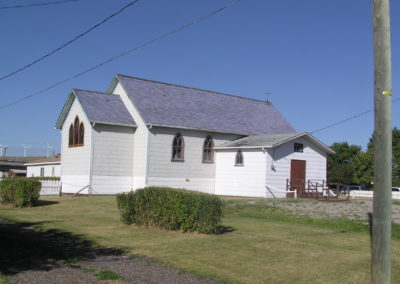 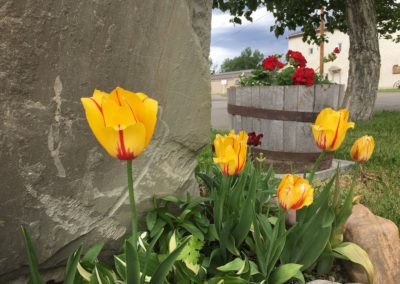 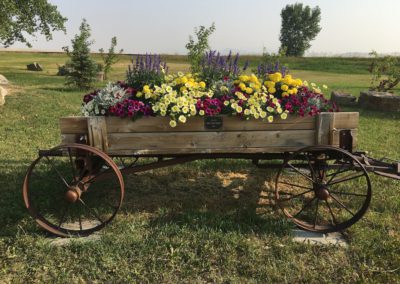 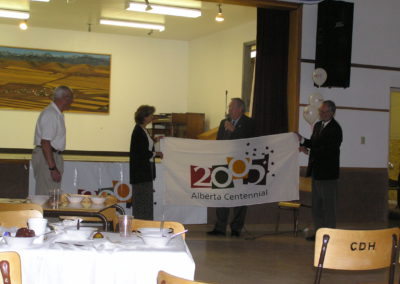 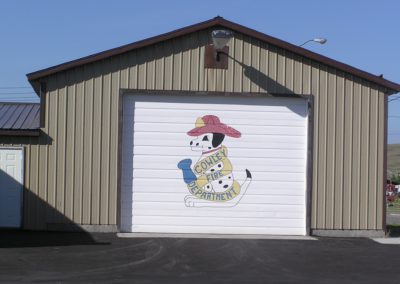 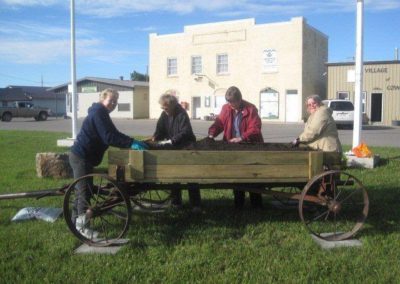 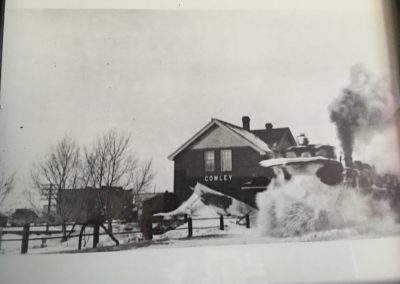 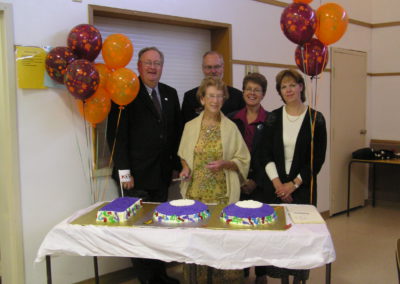 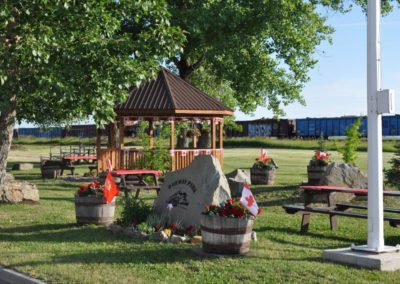 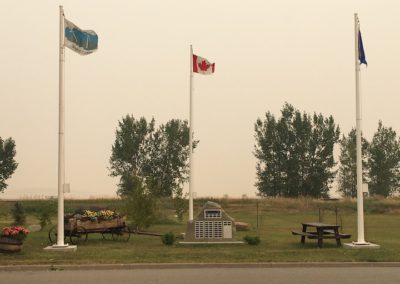 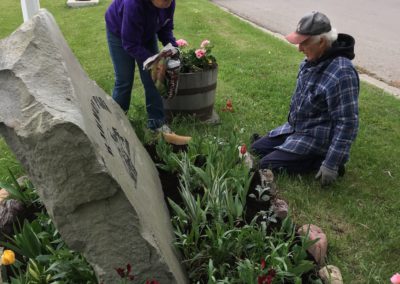 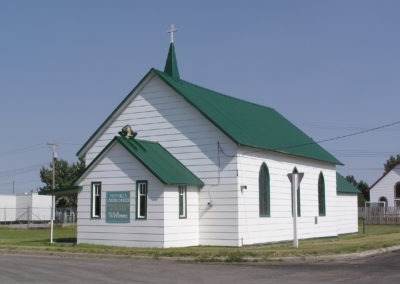 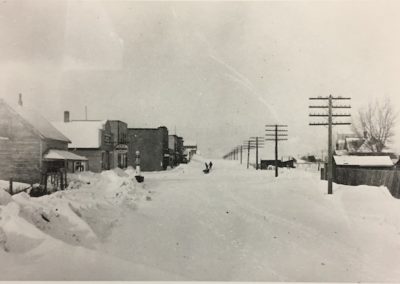 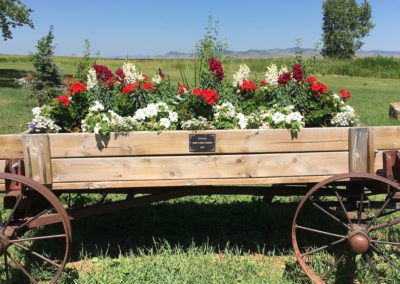 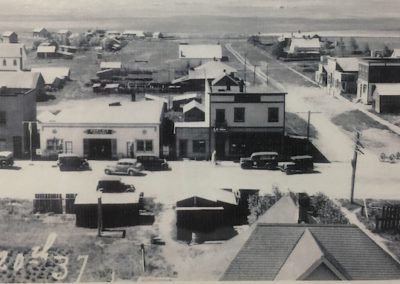 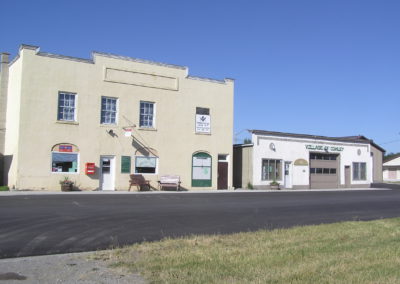 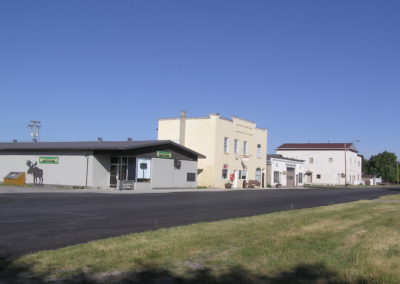 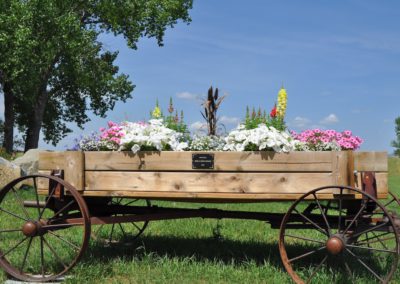